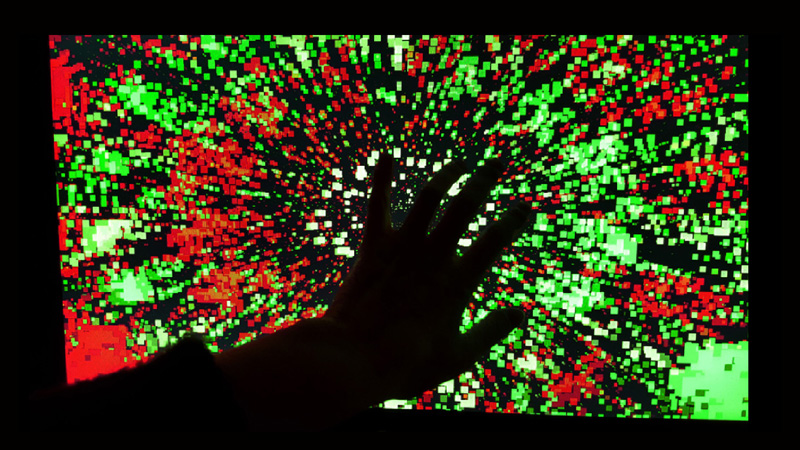 In addition to the nine exhibitions of artists selected by European curators from nine Danubian countries (Germany, Austria, Slovakia, Hungary, Croatia, Serbia, Bulgaria, Moldova and Ukraine), the main programme of the Danube Dialogues 2018 focuses on three artistic dialogues between Romanian and Serbian artists. The curators Maria Orosan Telea (Timisoara) and Sava Stepanov (Novi Sad) chose each three authors whose work they considered relevant for the visual scene of their city, as well as for offering some reflection on this year’s Festival topic, the “Use of Man”.

We met all the six authors and asked what led them to create the works which will be shown by the end of August in Novi Sad: 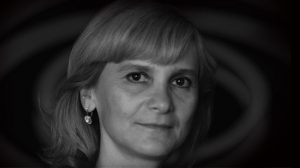 “In my sensor-intermediated installations, I wish to reveal the subtle aspects of how people impact the environment. Visible or invisible, intentional or incidental, momentary or lasting, individual or collective, corporal or energetic, the human imprints, digitized as a colored gestures or shadows of light, talk about an information saturation (not one is lost) but at the same time about the perpetual transformation of shape to another (everything is transformed). These aspects remind us of the 20th century anthropic principle, describing the universe as ready to cooperate with an intelligent observer in its grandiose design. So, with his recurrent interventions, the observer becomes a participant in the process of creation.”

After obtaining of BA/MA (2003) degre at Sculpture Department and completing PhD studies (2010) in Visual Arts at Fine Arts Faculty, West University of Timișoara, Aura Balanescu became known for her theoretical and practical explorations in sculpture media, from the stereoscopic representation to the interactive and immersive digital installation. She attended international conferences such as Stereo & Immersive Media, Lusofona University of Humanities and Technology, Lisbon (2018), Histories of Media Art, Science and Technology, Re:Trace Krems / Gottweig / Vienna (2017) and Re:Make Riga (2013). Also, she participated in numerous exhibitions, residences and festivals in Romania (Elektro Arts Cluj, 2018) and abroad (Vienna, Paris, London). In 2014, she co-founded Avantpost, a collaborative and transdisciplinary platform for presenting and creating a data base of local artists that work at the border of art, science and technology. 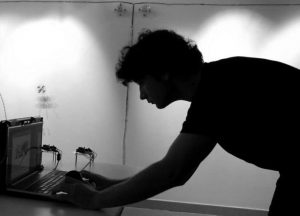 “Basic interests are moving within the research of the relations between nature and technology as a reflection of the contemporary socio-political environment. Experimental application of discoveries in the field of biology, electronics and informatics, creates new hybrid structures of utopian bio-technological habitat.”

Stevan Kojić (Kikinda, Serbia, 1973) graduated from the Faculty of Fine Arts in Belgrade in 1997 and received his master’s degree in 1999. Since 2004 he has been working at the Department of New Fine Arts Media of the Academy of Arts in Novi Sad. He also lectured at the Academy of Fine Arts in Trebinje and at the Faculty of Fine Arts in Cetinje. He won the International Youth Biennial Award, Konkordija, Vršac, in 2002; award of the 21. Salon of the Gallery of Contemporary Art, Pančevo, 2003; award of the 2META Foundation, Visual Arts Biennale, Pančevo – Bucharest, 2002, and the Grand Prix of the Novi Sad Art Salon, Gallery of Matica Srpska, Novi Sad, 2010. 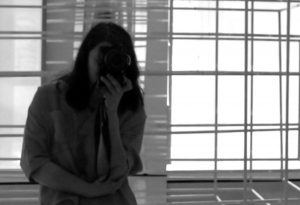 “Personal artistic activity reflects a oscilating practice between concrete observation and intellectual game, where the freedom to express ideas through various media such as installation, object or photography does not go against the classical methods of drawing or painting, all this becoming the material support of recurrent questions. My approach is oscillating between the view from afar, from close up, from outside and from inside, focusing on social issues or ars poetic approaches. The poetics / politics of space in micro and macro historical contexts, the persistence of the past and its repercussions in the present, and the connections between various levels of reality also represent different areas of interest for me.”

Liliana Mercioiu Popa lives and works in Timişoara (Romania). In 1998, she graduated from the Faculty of Arts and Design, Painting Dept. in Timişoara. Since 1999 she has been teaching painting at the Faculty of Arts and Design in Timişoara. In 2008, she obtained gets PhD degree in Visual Arts, with thesis “Poetic Arts in the 20th-Century Fine Art”. She organises art events with students in  alternative or public spaces. She cooperates with artistic groups of Timişoara: In-Format (in 2001) and Avantpost (since 2015). 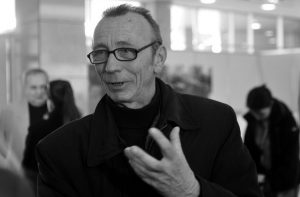 “My understanding of the sculpture is closer to the concept of installation than to the concept of a standard sculptural work that ends at the level of relationship between material and volume. In the way of production, I accepted the principles of constructivism with the focus on assembling various materials. Once implemented, segments can be assembled in a variety of ways, depending on the context of the conceptual subtext. I use mostly minimalist and geometric forms. I see myself primarily as the creator and builder of spatial situations, which are some kind of metaphorical statements. I try to make each work in several layers of reading, because I consider the aesthetic level to be the least important. Associative sculptural objects and spatial situations that I build have pronounced dysfunctionality and temporality. Often, these are associations for items from the environment, furniture or parts thereof, tools and functional parts of architecture, such as windows, doors, balconies, fences and the like. For this occasion, I have chosen two spatial situations. One that plays the role of a dysfunctional handrail and a balcony fence, and the other one that should be associated with the outer staircase of a family house, a functional part of the family architecture so popular in our Balkan countries. The idea that led me was to create a situation of dialogue usefully useful and uselessly utility that can have an aesthetic, political, ideological, and deeper philosophical connotation.”

Rastislav Škulec (Lug, 1962) Majored in painting (1989) at the Academy of Arts in Novi Sad (in the class of professor Jovan Rakidžić). He is one of the founders of Novi Sad’s social organization “Yellow House” (1988). Together with Zoran Pantelic, he founded the art group “Absolutely Sculptural” (1990), which later became an “Absolutely Association” with which he worked until 1996. After that, he founded the pseudo-group “Absolute Fraction” (1996-2000) and worked on the projects of conceptual character whose realization is not related to exhibiting spaces and galleries. He is still actively engaged in sculpture, painting and drawing. He returned to the art scene in 2000 with a solo exhibition of sculptures in the gallery “Golden Eye”. He participated in numerous art colonies, the most important of which is the Symposium “Terra” in Kikinda (1993). In Vršac, he participated in the art colony “Art Encounters – Trail of Paja Jovanović”, where he created a sculpture for a public space (2005). He also created a large sculpture for a public space in Apatin (2008). 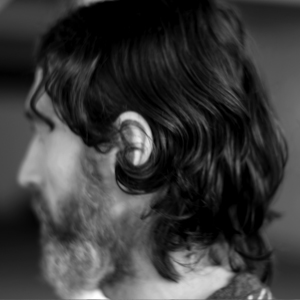 “In my art, I deal with the relation between nature and the process of industrialization and its impact on the human body and mind. I use large-scale installations, site specific and land art projects, interventions in the landscape as a way of questioning the uncontrollable phenomenon of transforming our planet’s resources into industrial products. So, I try to awaken everyone’s consciousness to create a new balance of life on earth.” 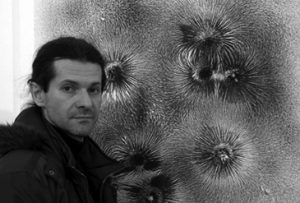 “My work is an interactive project based on the research of various physiological and mental processes of observation. This way, I deal with the questioning of reality, its understanding and reading, as well as perceiving and recording the importance of this issue. In the concrete work for this exhibition I focus on movement. I set up a sculptural object that represents a movement of a man and a woman, as well as a video work showing the so-called Johanson experiment. With these works, I point to the fact that we need not have the whole idea of a human figure to have a knowledge of it.”

Miloš Vujanović (Podgorica, Montenegro, 1965) studied painting in the class of Vladimir Tomić, and obtained his master’s of drawing degree in the class of Miodrag Nagorni at the Academy of Arts in Novi Sad. Since 2010, he has been studying the relationship between art and natural sciences, chiefly the physics of magnetism. He devised a unique drawing (painting) technique which uses magnetic metal structures, metal splinters and pigments. He also found inspiration for his next work in the science which deals with the problem of perception – psychophysics, specifically the psychology of visual perception. He bases his approach on the fact that human brain has more than forty visual zones into which the image viewed breaks up, subsequently reconstructing itself into a single unit at the cognitive level. The works target specific visual zones, as the artist leaves the reconstruction of everything seen to the mind of the observer.