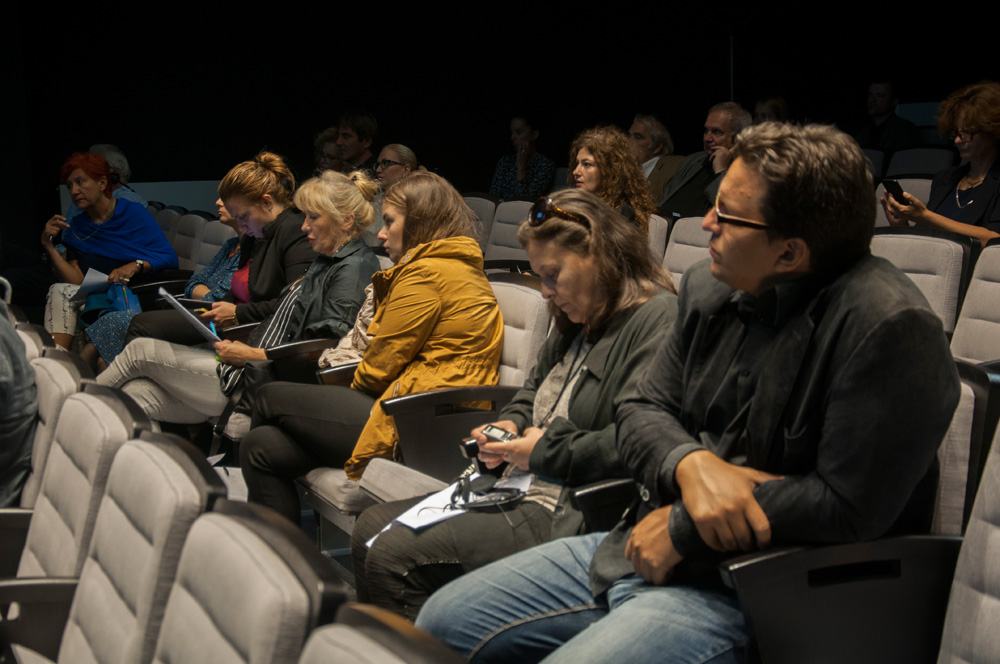 Sava Stepanov: In the context of the now traditional festival of contemporary art Danube Dialogues in Novi Sad, where every year (now being the fourth time) numerous exhibitions present the latest artistic developments of countries from the Danube region, symposia and thematic meetings are organized. Following the topics Art and Crisis (1914) and Art at the Time of of (Non) Emotionality (1915), the topic of this year’s symposium was Art and Global Insecurity – Art, Criticism, Politics.

The organizers were prompted by the fact that, after the events in New York on 11 September 2001, the world has been in a state of permanent insecurity. Since then, terrorism and the suffering of innocents have become a phenomenon of everyday reality. The causes are well-known and are part of the concept of the current world order – new geopolitical and economic strategies led to wars and permanent war crises, to long-term consequences of violently implemented democratizations and subsequent great migrations and culminating terrorism. Due to highly developed media, all the crisis situations of the world today, generate rapid dissemination of information, disturbing existential mindfulness globally. In fact, as noted by Susan Sontag, wars today have been transformed into scenes and sounds from the living room. 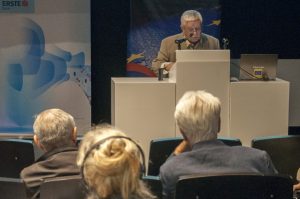 Position the arts and artists in such an environment is very complex. As in previous periods, art has no decisive influence on the development of the modern world. Only very rarely, artists and art are given the opportunity to be part of decisive events. It has become increasingly obvious that the most efficient model of action in art is the expression of personalized views. “In any case, we have the privilege of expressing ourselves creatively and speaking in public,” – says Serbian artist Tanja Ostojić who has been relying on exactly these privileges and working for two decades in several European art destinations. She is one of those modern artists who are fully aware of the fact that the logic of the modern world made the “major part of the art world busy with overproduction, investments, money laundering, and the production and consumption of entertainment. So, we can say that the art system is in some way a product, “child” of economic injustice …”

The participants of the Novi Sad Symposium Art and Global Insecurity – Art, Criticism, Politics, hosted by Bel Art gallery on September 6th, 2016, are fully aware of this model of contemporary art .

Dr. Jerko Denegri shares the view that it is completely obvious today that “art cannot produce major social changes any longer, as idealistically believed by the protagonists of the historical avant-garde movements of the first half of the 20th century, as well as some of the postwar neo-avantgarde representatives”, who most often acted jointly as authors with the same artistic and social aspirations. Today, there are no such movements. Instead, current global constellation has spawned a cervantesque Don Quixote syndrome of an artist- loner in the world and in art. The Novi Sad author Laslo Vegel is even talking about an exiled artist or exiled art (not punished by authorities by explicit persecution, but by perfidious institutional marginalization), while author and theatrologist Zoran Đerić sees the position of an author/artist after 2000 as the kind of “homelessness”. Mileta Prodanović states that “with technological advancements, man, paradoxically, became more vulnerable, and that in politics, as in art, ’the big story’ fell apart into innumerable small ones. What was once a single risk of bloc confrontations and nuclear cataclysm fell apart into a multitude of dangers which started to create a network, covering the whole world with hubs, in places which were traditionally considered safe”.

Protagonists of contemporary art are very present in this universal network. Any contemporary artist who aspires to deal with this new techno-media means and channels must bear in mind that this global network was formed in the interest and for the needs of large corporations and private capital, which rule the world today. This is why the world network was turned into an elaborate system of manipulation – primarily information management and continuous efforts to equate the real and the virtual world. In such a jumble, one loses the contours of reality, things become less clear and criteria change, creating divisions the most lethal of which is the one that happens in one’s consciousness, reducing our ability to be sovereign individuals in the real world. Thus, any creator in the field of digital art must be prepared to manage technology and produce a credible media support to his own thoughts, the reason being that, in spite of unfriendly contextual events, art has the obligation to create artwork – the source of aesthetic, spiritual, intellectual, moral and ethical values, to preserve the dignity of humanitatis principia artis. Today’s art has a duty to protect us in an environment of global insecurity. Otherwise, we may miss many crucial moments and fail to notice the changes underway or yet to come, which will most likely fundamentally change our world, our being and the overall meaning and essence of life.