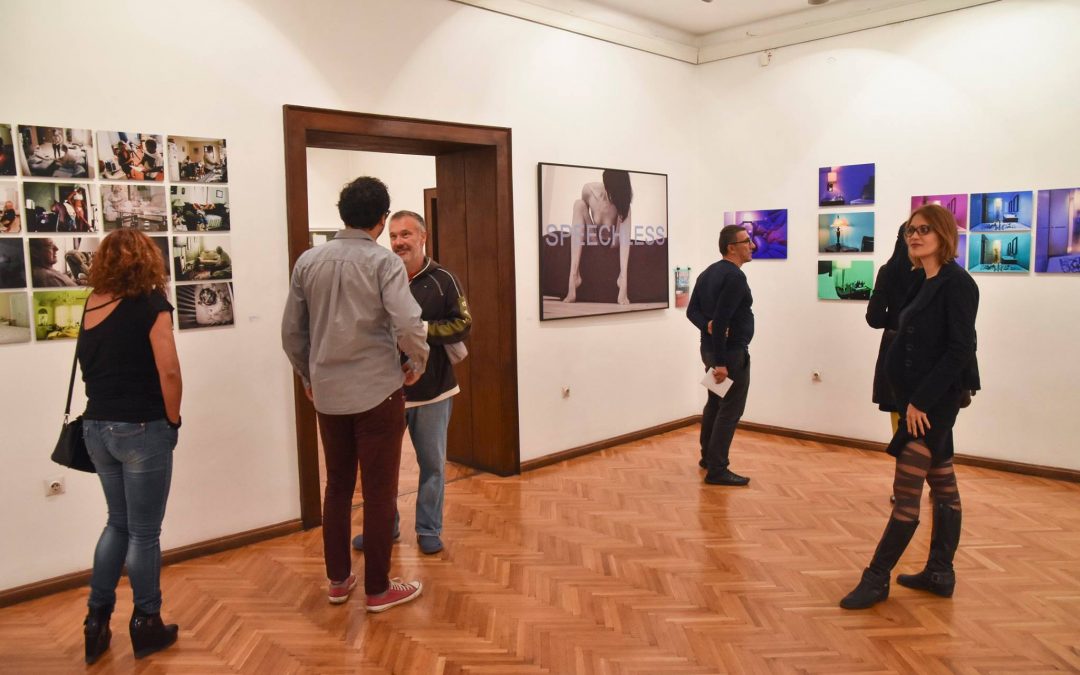 The central exhibition of Danube Dialogues focused of the photographs slected by Dejan Sluga called ZIPPED WORLDS – AESTETHICS OF INTIMATE. The author of the exhibition said the following about the conflict of private and public caused by the modern way of life, new media and new views of the world, which were in focus of this exhibition staged last September in the Rajko Mamuzić Gallery:

In the period of mobile phones and digital cameras, we insist on our right to privacy whilst simultaneously “snapshotting” everything we see; we are the most photographed and recorded world population ever. CCTV systems, Google Street View, security, satellite and other cameras follow every step we take, which means that we are also the most visually controlled population of all time. On the one hand, there is our desire to catch visual fragments of everyday life, and on the other, the ever-increasing video control. These trends are, in essence, contradictory and paradoxical. Hence, photography in the public sphere is becoming an extremely disputable area in which collective fears of terrorism, paedophilia, intrusions on privacy, control etc., converge. This also raises legal issues, in particular as regards the restriction of the use of photography in public places. On the one hand, the preservation of the individual’s privacy in public spaces is not legally regulated, with the exception of the protection of children’s privacy (taking pictures of children in public spaces is considered a form of paedophilia!). On the other hand, we have lost “photographic innocence”; whenever we pick up a camera, there’s someone who looks scared, which is a demonstration of paranoia in the period of the dominance of surveillance technology. Thus, taking pictures in public also means assuming social responsibility, in particular in light of increasing contradictory wishes to record everything, on the one side, and protect privacy on the other.

Internet and digitalisation opened up new possibilities for new practices of photography as public art and provided a vast array of new possibilities, as well as a new perception of photography in public sphere. We can witness a large number of new portals and social networks aimed at photography presentation and sharing – today, millions of amateurs are involved in photography as public art on Facebook, Instagram, Flickr, etc. The photographic image got perfectly “glued together” with new computer-assisted technologies, which allows for an even wider range of possibilities for public interaction. Digital pictures not only ignited an “explosion of aesthetic possibilities” but have also redefined our perception and notion of what public space actually is. New technologies allow photographers to be engaged in the projects of various communities and facilitate the sharing of pictures and information directly with target groups. Freelance photo-journalism is becoming an acknowledged profession; the circulation and distribution of daily newspapers and tabloids publishing photographs of anonymous people are on the rise.

However, not everyone shares a positive view of the current processes but considers them the next stage in cultural commodification brought about by advanced digital culture. Some developments make us even wonder whether we are approaching more democratic future, or whether they are leading us into the more gloomy “Orwellian” times…