IN MID-DANUBE – The Festival Opening 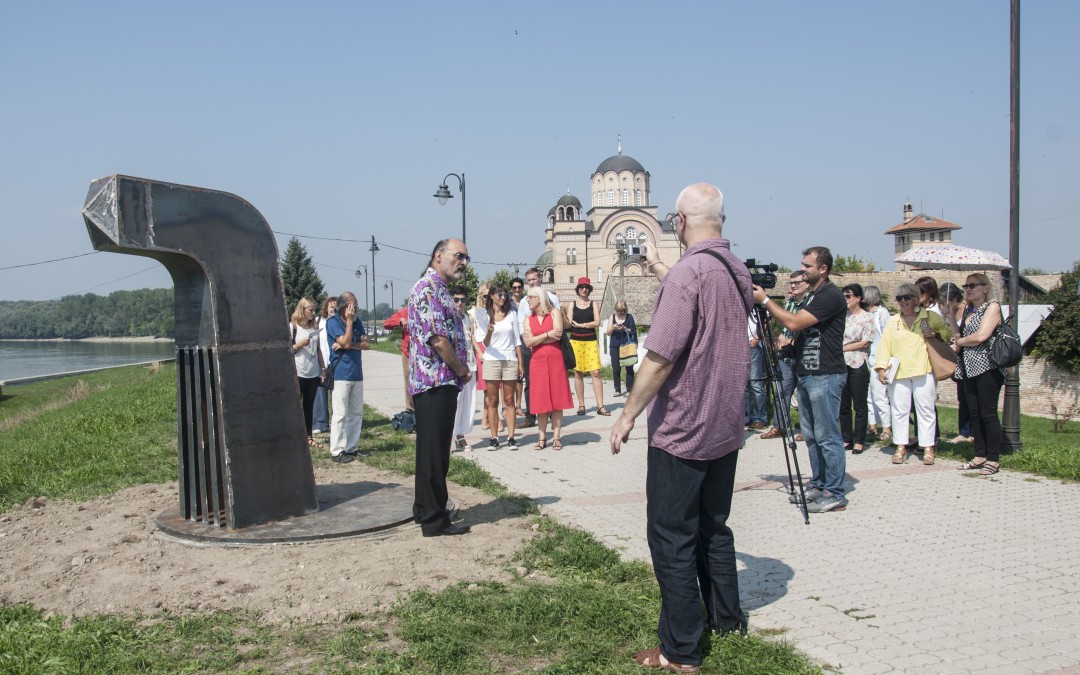 The “Danube Dialogues”, the region’s third international festival of contemporary art, got off to an official start on Friday 28 August with a press conference in the main hall of the Cultural Centre, Apatin.

Festival director, Vesna Latinović, artistic director Stava Stepanov and a previous participant, Croatian artist Vladimir Frelih, summed up impressions of the Festival’s work to date, explained the underlying concept and outlined the shape of this year’s edition. The up-coming programme and its events, known as “Mid-Danube”, were launched immediately after the announcement.

Visitors to Apatin Cultural Centre were treated to a graphics exhibition by the prominent international artist, Croatian-born Julija Knifer. The exhibits originate from a limited-edition map, part of a solo exhibition by the artist in 1987 in Apatin, an event that inspired the name of the Meander Gallery where they were shown. The particular meander, a constant source of inspiration to the artist at the time, has fortuitously become the gallery’s symbol, but could easily stand for the entire Apatin area where the Danube swings in a broad loop around the town. The exhibition is by way of homage to a great artist and to mark over 50 years of work by the gallery.

Next on the programme was an exhibition by German artist Alexandra Lung, selected by curator Radmila Savčić and featuring the installation “Vertikale”, where a dynamic play of geometrical forms complemented by light and sound transforms the perception of space. Those who did not manage to get to Apatin will have the opportunity to view the exhibition on September 8 at the Small Salon in Novi Sad.

The third and last event of the Festival opening was the unveiling of a sculpture “Place of Encounter (from Black to Black)” by Zvonimir Santrač. The work was sited on the bank of the Danube at a spot designating the half-way mark of its course, symbolic of the link between east and west, of dialogue and the bonds between the various cultures that have sprung up along its basin. The title refers to two key places: the source and the mouth of the Danube: the Black Forest and the Black Sea.

In the words of the artist:

„How to compete with the mighty imagination of the Danube that sculpts its banks and the nations on them with their mentalities, influencing whole ways of life, of thinking, of creating? It seems like an impossible mission. How to incorporate into a steel plate the mystery and exhilaration of birth in the gloom of the Black Forest or the magnificence and majesty of death in dissolution into the Black Sea – from black to black? How to compress the life story of the oldest ancestors of the Danube peoples into a simple sculptural form, a life story that augmented, century after century, in the cycle of birth and death? The Danube, oldest ancestor of the offspring who line its banks and who resemble one another as near and distant relatives might resemble one another, speaks of the transience of life, but at the same time flows free, exalting and exulting in life itself.”