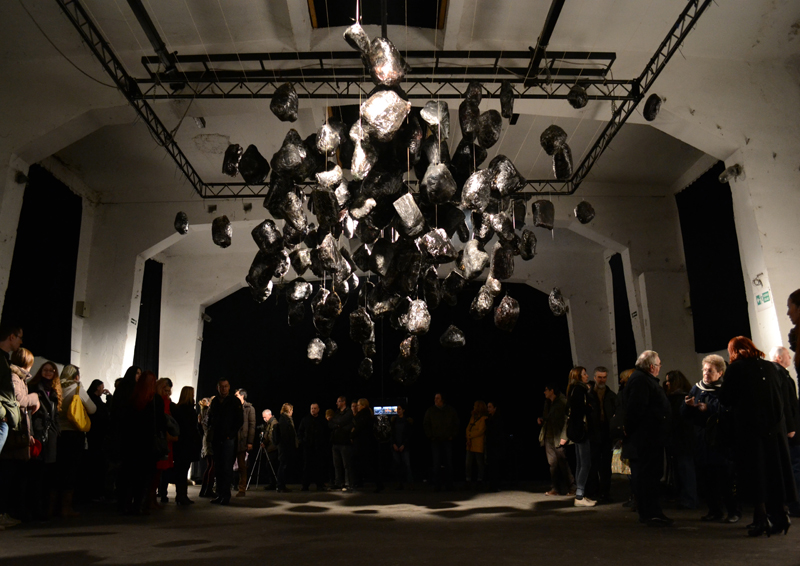 In addition to the PerformaNS programme, NOVI SAD PLUS is the second of two new segments of the main programme of the Danube Dialogues, the programme that presents a part of the current Novi Sad visual art scene: 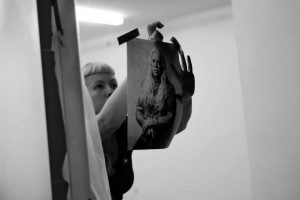 My artistic practice is based on the research of the boundaries of the expanded field of sculpture and intermedia research. Common to all the works is that they basically define the process, a series of events, namely the process of creation itself and that is essential for understanding the work. All the works are interconnected and continue one after another. They represent the documenting of experiences, the research. The issues I deal with are related to a man’s dual, contradictory position that simultaneously distances him from nature and connects him to it, as well as the issues related to context, communication, perception and various relations.

Danica Bićanić was born in Novi Sad, in 1985. She graduated (2008) and completed her master studies (2010) at the Academy of Arts in Novi Sad, Visual Arts Department – study programme of Sculpture, in the class of Prof. Gordana Kaljalović. She is a member of the Association of Visual Artists of Vojvodina. Danica has been exhibiting actively since 2006. She has had seven individual and several group exhibitions and other performances in the country and abroad (Romania, Bosnia and Herzegovina, Great Britain, USA, Bulgaria, Russia, and Greece). In 2008, she was awarded for the most successful graduate work at the study programme of sculpture. That same year, she was awarded the prize of the “Perspective” Art Clinic as an up-and-coming student in the sculpting discipline, and in 2009, the award of the University of Novi Sad for the best achievements in arts. Currently, he is a student of doctoral (PhD) studies in visual arts at the Academy of Arts in Novi Sad. 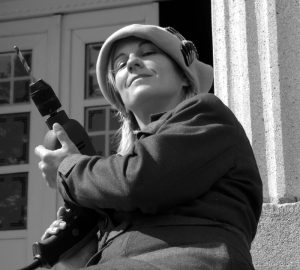 I am involved in the research of the phenomenon of transparency and reflection, using glass and mirror as the basic material, and the light as one of the key elements that builds the work. Sculptures, objects and installations in the exterior and interior, are based on two basic problems: the relationship between the work and its surroundings and the relationship between the interior and exterior space of the work. The phenomenon of transparency allows direct integration of the work into the surrounding space, while the reflection enables the direct integration of the observer and the surroundings into the work’s area. These phenomena make the work always reflect the present moment, which makes certain topics become current in different contexts. Through my works, I also examine the dual meaning of the word reflection – as a reflection and thought, as it is a kind of reflection on certain topics.

Mirjana Blagojev graduated (2000) and acquired her master degree (2007) in sculpting at the Academy of Arts in Novi Sad. She completed her master studies at Ecole Supèrieure des Arts Décoratifs in Strasbourg, France, at the department of Object-Glass (2005). Currently, she attends her PhD studies at the Academy of Arts Novi Sad, where she is also teaches sculpturing as assistant professor (docent). She is a member of the Association of Visual Artists of Vojvodina (ULUV) and ESGAA (European Studio Glass Art Association). Mirjana has participated in implementation of numerous international projects as well as at numerous art symposia and colonies, exhibited at several individual and group exhibitions in the country and abroad, has been at study visits, namely attended lectures and workshops at the Universities of Pecs, Hungary, Faculty of Architecture Prague, Czech Republic, Academy Visual Arts and Design Bratislava, Slovakia, and Art Academy, Split.

I study the relationship between sculpture and sound through creating of sound installations. I redesign the facilities used by the Army into new forms and installations, and in that process I also redesign the sound carried by such forms. In that sense, I work with various artists in the fields of science, visual and music arts.

Nikola Macura graduated and acquired his master degree in sculpting at the Academy of Arts in Novi Sad, where he is currently employed at the Department of Sculpture, as an assistant professor (docent). He has exhibited at several collective and individual exhibitions in the country and abroad. Nikola organised several art actions exploring the potential of sculpture in communication with the surroundings, positioned in a particular social context. Since 2000 he has participated in several activities of LED ART, and from 2002 to 2012 he participated actively in the work of the Art Clinic. He has led numerous workshops (“My Superhero”, “Sculptures and Installations in Novi Sad”, STREET ART …). Currently, he is involved in organising and conducting of studies for sound installations. 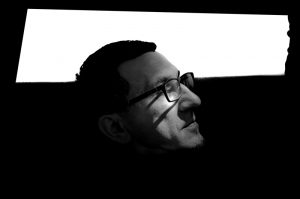 In my installations and objects, I associate general places of man’s detritions in the loss of identity, when an impersonal mass is created with another man, a group of people without identity. Such a perception of mass, which can emanate from the past or the present, certain or indefinite event, equally highlights a problem that can be perceived through the current transition period of this region (persecution, queues, waiting, hunger, migration, fear, etc.). I am portraying a man through a doll model, which, with its essential elements and way of representation, alludes to a man who has lost the integrity of a social being and transformed himself into a reproduced mass of identical non-living non-beings.

Goran Despotovski graduated and acquired his master in painting at the Academy of Arts of the University of Novi Sad where he currently works (since 2004). He has exhibited at fifty five independent and at several collective exhibitions in the country and abroad, such as: Prigušena Egzistencija (Muted Existence), Banja Luka, Republic of Srpska (2015); Košice, Slovakia (2015) and Taichung, Taiwan (2014); Premonition/Blood/Hope, Kunstlerhaus, Vienna, Austria (2014); Identities Association for History, Co-operation and Reconciliation, Golubić, Croatia (2014); There will be no miracles here, Facing Belgrade – ein Einblick in die zeitgenössischen Kunstszene Serbiens, Karlsruhe, Germany (2013); Real life presence, MSUV organisation and Landesmuseum Joanneum – Kunstlerhaus Graz, Graz, Austria (2009). He has been awarded a multitude of awards. Goran is the author of the project titled Razlike, Slika i Knjiga (Difference, Image and Book) of the Academy of Arts in Novi Sad. He is the President of the Association of Visual Artists of Vojvodina (since 2017). The title of PhD in arts – Visual Arts (2018) he acquired at the Academy of Arts in Novi Sad.