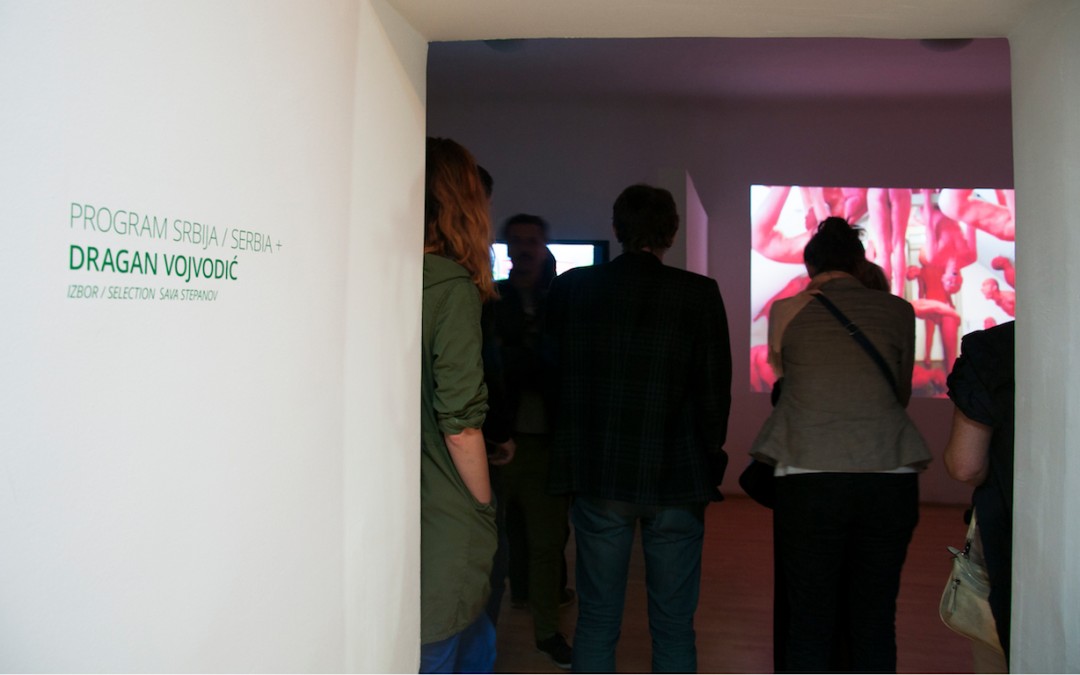 For some years now, the Novi Sad artist Dragan Vojvodić has been part of numerous residency programmes and projects, usually in Scandinavia, where he has produced works in situ in Sweden, Norway, Finland and Iceland. Working in the ambient landscape, he uses the resources of nature such as wood, stone, sand, water and natural energy for his authentic creations. He himself once wrote: Art is communication, a discourse I carry on through my own body, the objects that represent it and the place where that body finds itself. The presence or absence of bodies and their interrelationship are a paradigm for diverse existential situations. That relationship, which ranges from inertia to tension or to total destruction, apart from its visual connotations, points to a symbolic, implicit subtext which affirms my own being.

A patent respect for certain aesthetic and ethical principles characterises Vojvodić’s approach. Even his most radical moves possess a latent dose of subjectivism: his performances, installations, videos, atmospheric pieces, objects, photographs and paintings all vibrate with an expressive poetic charge. This artist insists on conceptual clarity in his ideas, precision in his structures, a synthesis of the formal and the meaningful in each finished work. The outcome of this, naturally, is an ethical point of view: he respects art as an exclusive means of communicating with his own surroundings, with the world and the time in which he exists and acts; he respects and celebrates creativity; he strives for an honest art, ethical and exemplary, that will be a pattern for our behaviour.

In the Novi Sad+ section of this year’s Danube Dialogues Festival, in the Little Gallery of the Brtka-Kresoja Foundation in Petrovaradin, Vojvodić showed a photo illustration of installations produced during this year’s residence in Bergen, Norway. This time, he opted for studio work of “existing elements; furniture, studio props, ladders, boxes, domestic appliances”, setting up a new installation every day in the same position. Although these are definitive works, there is a discreet air of fragility and transience, everything flows, everything changes. The impression comes from a recognition of the transitory nature of the artist’s presence and work in the studio at Bergen. This awareness is constant throughout the 30 pieces, although these are precise, coherent constructions and installations into which all the elements have been deftly introduced.

Some of the photos show static performance scenes: the artist positions his body in relation to a selected object, reconstructing a mental or post-mental set-up suggested by actions, situations or historical facts, events or characters. This is the “body politics” strategy, addressed in some of Vojvodić’s previous works.

The exhibition might be seen as an intimate, one-month diary, setting out the artist’s ideas, his creative undertakings and engagement in producing them. Unobtrusively yet persuasively, it hints at man’s – and Dragan Vojvodić’s – need to confide in his observer, as succinctly illustrated by a photograph of a large white billboard on which he has written: “No idea for today”. So many ideas seem to have enlightened all his other days in Bergen, that he truly succeeeds in drawing us subtly into the philosophy and poetry of his art.