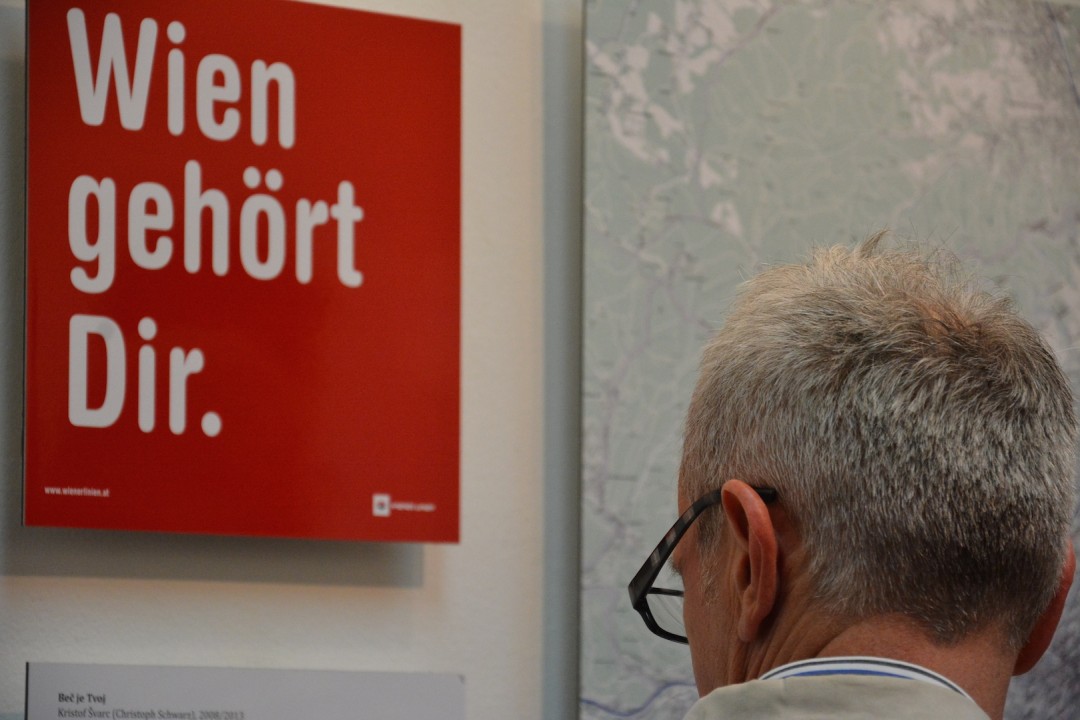 The Vedute of the 18th century – paintings which the privileged travelers that undertook the Grand Tour across the European continent acquired as a souvenir of the city they visited – made use of a characteristic way of representing the landscape. They were panoramas of the city, which represented the most symbolic architecture from a single, impossible point of view. One can say that there exists a continuation of this form of “constructed landscape” of the city, which developed throughout the 19th century and 20th century. The growth of massive tourism brought about the popularization of the post card: photographs of good quality print and a standardized format that reproduced a “constructed landscape” featuring the most representative architecture. Owing to the tours operators this is nowadays the cliché image one has of many European capital cities. Each and every way of representing a territory means making a cartography, which adds up to registering some data at the expense of other data. Every representation of a given space implies in some sense undertaking a symbolic construction which creates a certain meaning. What is called landscape is not as much the physical environment surrounding us a mental construct drawing on the entire tradition of cultural, aesthetic and perceptive values which history has forged around this concept. Concerning the symbolic value of urban landscape one has to say that architecture forms a fundamental axis. Greetings from Vienna! (Deconstructing Landscape) presents the work of four artists living in Vienna who show a vision of this urban landscape from the point of view of contemporary reality. The transformation of habits and the photographic narrative, especially the use of digital technology, have implied significant changes in the way of representing the landscape. Maintaining the connection to the post card – the static cliché image of Vienna – this exhibition now represents the city by the way of heterogeneity of architectonic scenarios and uses dynamic images which are reflected, fragmented, juxtaposed, cut, recodified… Georgia Creimer (Sao Paolo, 1964) is represented at this exhibition by digitalised analogue pictures directly recorded on to an Iphone and printed on paper. These are her Vestiges, a particular way of illustrating the architecture that defines a city: cracks in a wall which show the passing of time, the silhouette of fragments of sculpture under a fresh fall of snow, whose whiteness becomes part of its profile in a matter of hours, various ground surfaces with recent stains of grease or traces of dog urine – images of anonymous and seemingly insignificant traces of the urban setting. The details of these Vestiges, enlarged to enormous proportions, take on a new meaning, becoming abstract, evocative forms that permit an absolute freedom of interpretation and turn the Vienna streetscape into a short story told in the first person. The swift, almost instantaneous changes of location now possible thanks to the GPS navigator would appear to have influenced the way in which the city moves. Leopold Kessler (Munich, 1976) here exhibits a video that shows the artist engaged in a painstaking endeavour to lay a cable over a kilometre in length and connecting two points of his habitual itinerary through the city: from home to university and back. At human speed and step by step, the viewer can follow the process of laying the cable, whose route represents a sort of “calculated trajectory towards a target”, between two points on a plane. With the dry humour characteristic of his work, Kessler documents many elements of urban furniture as essential parts of the city topography. This is a view of Vienna few people rarely, if ever, experience. Silke Maier-Gamauf (Nenzing, 1969) proposes a unique sighting of Vienna in which the elements which go to make up its usual appearance undergo change. Theories of human perception differentiate between the objectivity of what is registered by the retina and the subjectivity of the experience of seeing. The eye always breaks down perception in such a way that one part (the figure) is separated from the rest of the field (the background). This guiding principle, which enables a rational spatial organisation of the surroundings, seems to come apart in the works exhibited here by Maier-Gemauf. Alluding to the city’s best-known architecture by omitting it, her image in postcard form of Vienna consists only of background: silvery cumulus clouds, the evening sunset with mist, or various intensities of blue in the skies over the city. Finally, we turn to a representation of the city exemplifying the present, “Imago Urbis” – a map of its underground railway with all the possibilities of passenger interchange, which portrays Vienna in a way which is at once highly symbolic and highly abstract. Christoph Schwarz (Vienna 1981) prompts us to reflect on the influence of urban policy on the composition of a picture of the city and how it affects what we do in it. Schwarz’s project began in Vienna in 2008 with the “Heupel/Schicker/Steinbauer” action. Here at this exhibition, the artist shows various plans for the Viennese metro, drawn up in accordance with the wishes of its citizens expressed in an opinion poll, together with the possibility of future/fictitious changes to its present appearance. This is a work of critique that takes Vienna as an example, the better to examine the efficacy of certain political campaigns in democratic countries which would like to lead us to think that they are in the real interest of their citizens.