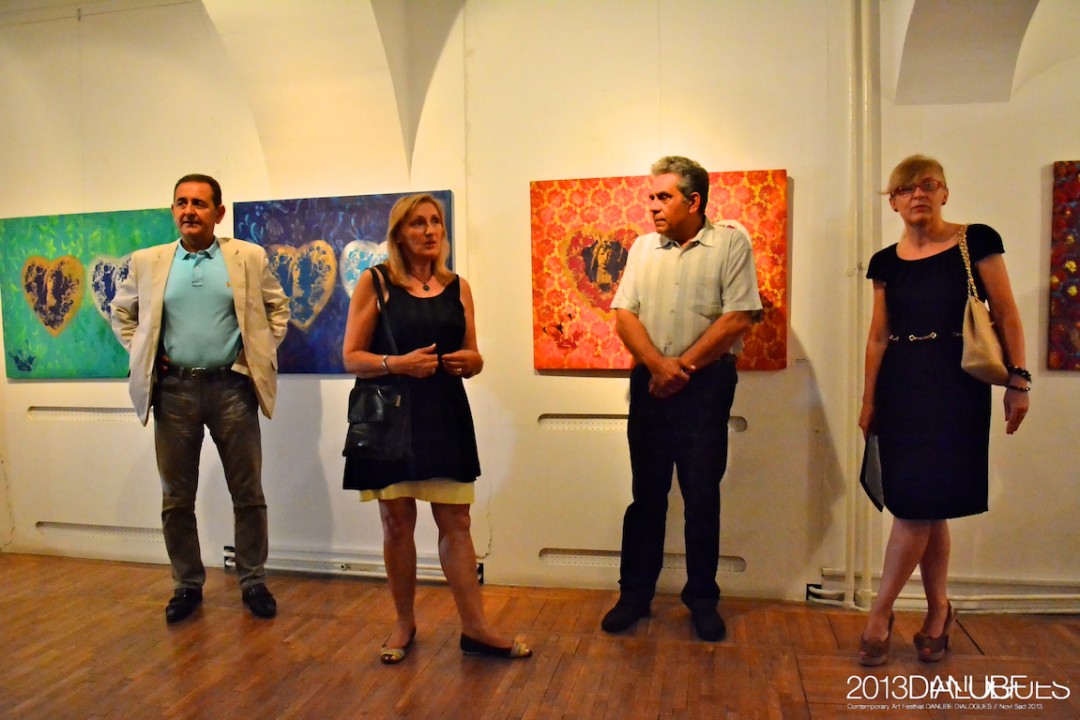 Tibor Wehner // APOLKA Apolka’s works created in the first ten years of his sculptural endeavours continue to build the movement determined by the efforts of sculptors working in isolation or independently from one another and representing the fragmented tradition of Hungarian object-forming art with little history, which may primarily be linked to the branch of non-figurative object-formation. Container sculptures, compositions balancing on the border of peculiar objects and beings, body crusts and masks relate to the life-work of Lajos Barta, József Jakovits, Ferenc Martyn, Barna Megyeri, Sándor Csutoros, Sándor Szandai and Tibor Csiky, which are already closed, and those of György Jovánovics, Ádám Farkas and Mária Lugossy, still expanding today. In their works they are distinguished characteristically from one another and representi diverging paths of abstraction but occasionally refer to the human figure and the human body as well. Whether they manifest in the spheres of references, signals or suggestions or remind or refer specifically, they always render their scopes of meanings and worlds of impacts fully-fledged while immersed in the spirit of the age, the human questions, doubts and attempts to respond induced by the present. The mystery and absurdity of existence is manifest in the shell of human dignity shaded by peccability and deemed invincible through Apolka’s sculptures.”

Roberta Lord // OROSZ ISTVÁN Orosz uses architecture as a metaphor for mental framework. Bafflement in architecture = bafflement in perception and thus in understanding. Classical forms stand in as a kind of alphabet but the words and sentences composed from this alphabet twist around and negate themselves in the vertigo-including manner of a Mobius strip. They are symbolic representations of contemporary episodes of displacement, like those in plays by Samuel Beckett. Orosz fragments the border between reality and hallucination, wakefulness and dreaming. Lovely icons of the Golden Age are depicted in ruins, their parts misaligned. It is as if the artist has pressed, like a flower, the physical world from three to two dimensions, and in the process parts have unattached and then reattached strangely. The jolt of the „mistake” – in the image and in the viewer’s perception – is always there. Look again and there is again. The eye perceives, the brain registers, the nerves lurch. Every time.

Hemrik László // BABOS BERTALAN ZSILI When we speak of restraint, we tend to think of reserve, keeping a constant check on the milieu, rigorous self-examination, perhaps complemented by a little refinement, cautiousness, prudence, but in all this there must be a touch of uncertainty. In any case, we must be wary, these ideas do not speak of surrender or giving up, since even a restrained person serves the will which is expressed in action. Like Zsili. He is constantly checking out his surroundings and is obviously on good terms with his own self-examination. What’s more, I suppose that a breeze of insecurity touches even him from time to time, although his work is more warlike and marches to his own rules, with less respect for the polite restraint of artistic norms and practice in the broad sense. His art, therefore, becomes powerful, irascible and cheeky or less restrained, to the general admiration and education of the public.

Faludy Judit // STEINER VILLŐ To the expressive but minimalist costumes and scenery that are the stage creations of the artist, this series of flags may be added, obviously heavily influenced by Japanese art like her earlier works on a series of masks. I find it important that although she often works with strong, vivid colours, her visual expression is not polychromy but something very concrete, scattered blobs with sharp edges. Here too, the artist endeavours to present paintings from nature. At the same time, making use of the opportunity offered by the scene in the picture, she makes us feel as if someone were constantly watching us from her works.