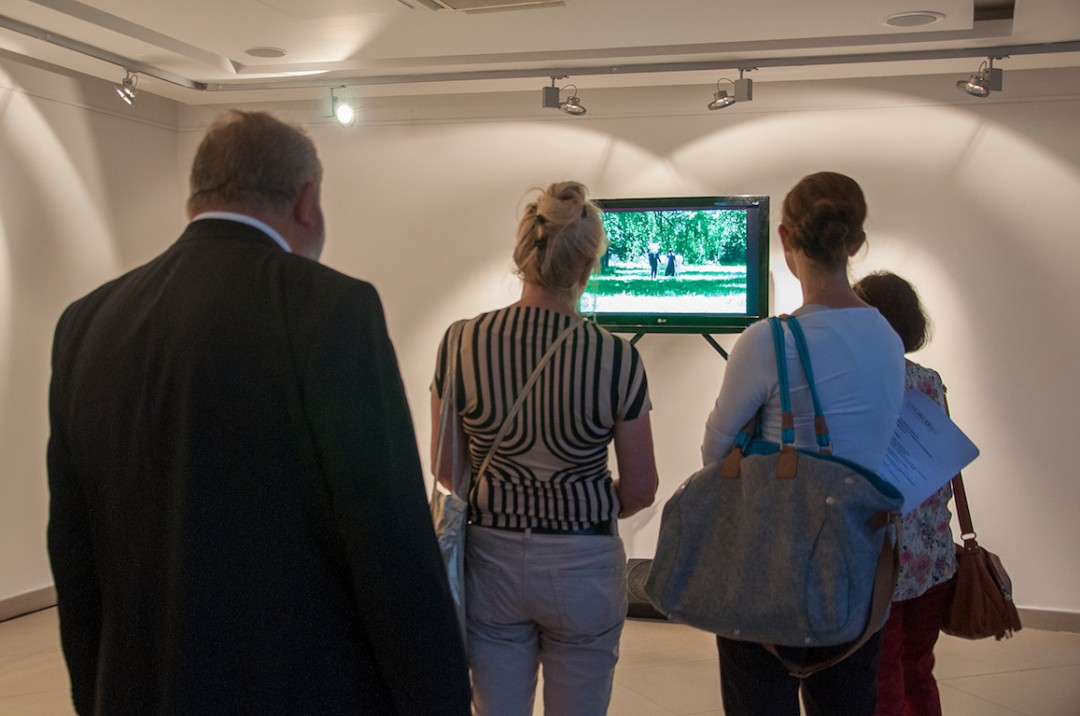 Born on July 20, 1952, in Mezoszemere, he was a member of the Szentendre Vajda Lajos Studio, the most influential alternative group of the period, from 1976-1977. His first Budapest show in 1978 brought instant recognition and success; he shone as a bright new star in the Budapest art firmanent.

With their air of directness and naive/pseudo-naive approach, his early works, especially his strange and brash takes on current trends have a revelatory force. By replacing an overwrought popular/folksy cultural self-image, he created a visual representation of rural life with small farmers, skilled and unskilled workers fumbling in their backyards wearing their mandatory berets and rubber boots. He used the tools of conceptual art, land art, arte povera, and later performance and installation art, allowing for – in fact increasingly making a virtue of – the tension between the ‘base’ materials he applied and the conventional, pathetic myth of bucolic rural life. Bukta created new symbols using the recycling techniques and belt-tightening practices typical of Hungarian households: in his works the scythe, the knife, the watering can, manure and bacon, as well as rubber boots and brown berets all evoke the spirit of ‘progressive’ country life.

Increasingly successful, from the mid-eighties his works lost their punch; they acquired more complexity and layers, but lost their social sensitivity and raw irony. A strange form of pantheism, a more lyrical and nostalgic irony begins to dominate as he gradually turns to painting and searches for his classical origins, as it were. His garden series from the turn of the eighties and nineties revived the sincerity and arch sense of humour of his early installations, such as his moist aquarelle which he recycled to the landscape by means of an outdated ventilator, reversing the tearful aesthetic process whereby, aided by vision, in some way scenery, nature itself managed to crawl onto the plane of representation in order to remain there and instruct.

The true realism and naturalism of Bukta’s paintings, large indoor installations and performance pieces offer an exemplary synthesis of the East-Central European mindset in the late twentieth century.