Video Works by Artists from the Danube Countries 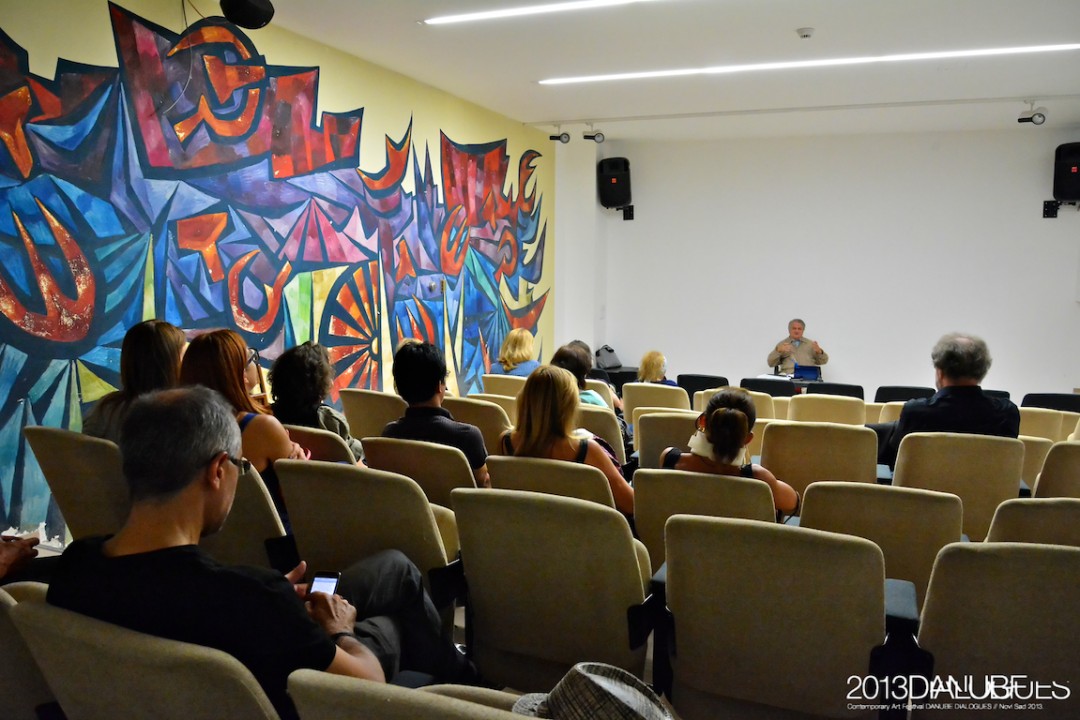 We live in the digital era of the Internet, with an increasing number of artists choosing to express themselves via the digital media. In addition, there is the undoubted influence of the Internet on mixing cultures on a planetary scale, so that it might be said that today’s artists are connected more by the Internet than the Danube river. Due to the existence of these numerous influences via media communications, it is hard to find a common characteristic that would unite the artists living in the Danube region, except that they belong to a global flow of creativity without borders, where the most varied approaches and styles flourish. The selection of video works by artists from these countries for the Danube Dialogues, therefore, is guided more by a wish to net as many varied and excellent works as possible than to discover some common denominator. For this programme, I have chosen eight video artists, each of whom lives or hails from a Danube country. They are: Ulu Braun and Fabian Grodde (Germany), Antal Lux (Hungary/Germany), Joerg Piringer (Austria), Zoltán Lanyi and Peter Lichter (Hungary), Mihai Grecu (Romania/France) and Alexander Isaenko (Ukraine). The presentation of their work has been grouped according to the style each uses in his video. The works of Alexander Isaenko and Peter Lichter deal in visions and other-worldly metaphysics. Isaenko’s videos Duoton and Negative Selection are a persuasive and exciting illustration of the anguish of physical existence, with symbolic liberation through astral projection. Combining fragments of film track trouvé, Peter Lichter in Light Sleep takes us into a world of imagination with elements of the erotic; heat is used to distort the film, leaving a blurry impression of fading images, illusion, oblivion. Antal Lux’s video Fear of Flying has to do with real life, the experience of flying in a balloon and a plane. Documentary shots of World War II military planes in flight, bombing and the ensuing devastation are added to the mix, augmenting the feeling of fear. In ABCD…for Iphone, Joerg Pringer shows amusing software that enables one to make a sound game of animated letters typed in from the keyboard of a mobile phone. The interests of Fabian Grodde, Mihai Grecu and Zoltán Lanyi lie in digital 3D animation, each in his own way producing extraordinary effects. The first takes us into a world of bugs, whose behaviour we read as an allegorical analysis of human society; the next takes us into a surreal world of unlikely spectacle; the third is an exceptionally dynamic geometric construction in movement, accompanied by the sounds of techno music. Finally Ulu Braun, a witty manipulator of television and film, by combining the worlds of advertising, tourism, entertainment and the military in his video Fish Soup, shows the absurdity of contemporary civilisation, the consumer mentality and vacuous spectacle. The works of all these artists are a mosaic of current video art, and each in his own way makes a contribution to an artistic perception of today’s world.