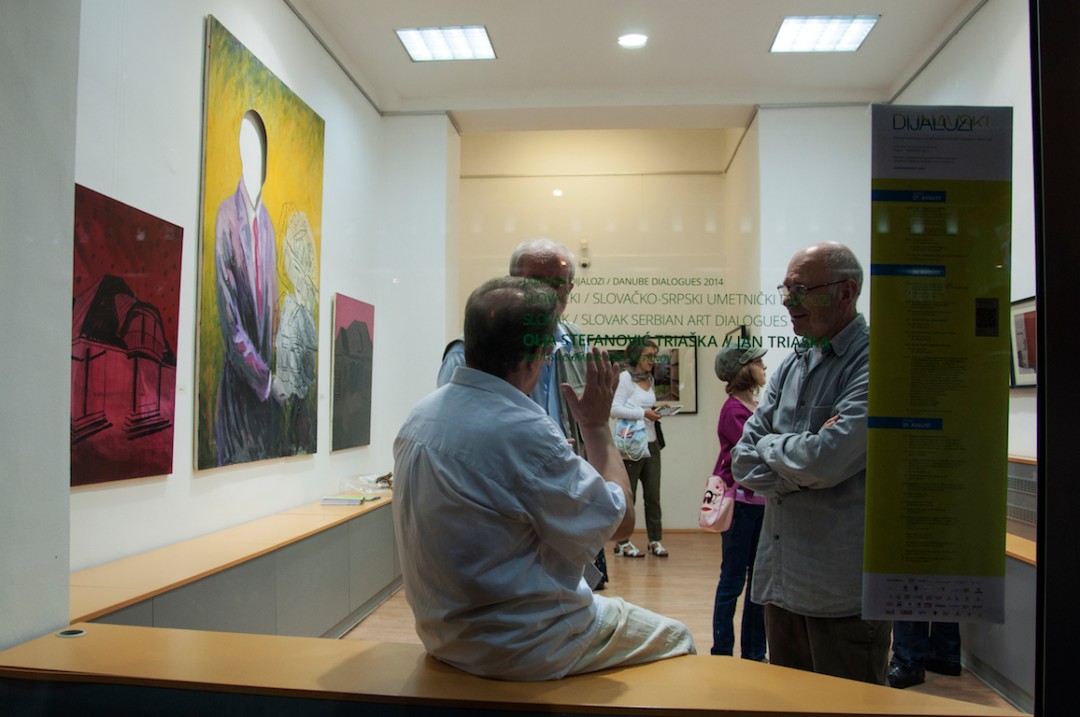 As in every discussion – and these exhibitions undeniably are – there are, naturally, similarities and disparities. What is clear is that they are no longer to be sought at national level but in universal principles. It is evident, too, that neither side bore any visible signs of a “Slovak syndrome” or anything that could be identified as peculiar to a particular surrounding. The most valuable result of these exhibitions are the plainly expressed aesthetic and ethical principles evinced by each work. The artist is an active participant in the quotidian, but he is also a mover and corrector who, in a world coarsened by the thrusting interests of big capital, tries to mend life, even if the repairs are small and minor. Obviously, globalism has imposed itself upon us, whether we want it or not; the same information appears at the same time on screens around the world. Contemporary art is, of course, obliged to participate in these processes. If the individual qualities emanating from the works of Viktor Frešo, Martin Derner, Marek Kvetan, Jan Triaška, Olivera Stefanović-Triaške, Mira Brtka, Jozef Klaćik and Rastislav Škulec is an example, then there can be no doubt that art and the artist are still managing to hold on, not only to their own dignity, but the dignity of each and every one of their consumers.28 AVG – 11 SEP
Galerija Srbinovski, Bul. Mihajla Pupina 17